Exemption from payment of wage withholding tax : which legal ground for reimbursement requests?

By Xavier Gillot, on 15/01/2019 22:53 in Home > Toolbox > Multidisciplinary templates & tips > Exemption from payment of wage withholding tax : which legal ground for reimbursement requests?

Court’s decisions are vague on that question which remains a source of legal uncertainty. 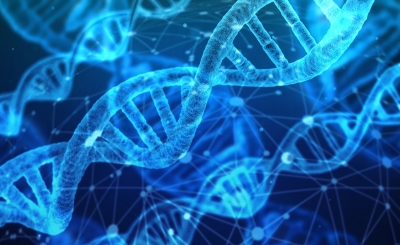 Belgium has introduced different regimes aiming at encouraging R&D activities since 2003, including a partial exemption from payment of wage withholding tax that was included in the Belgian Income Tax Code of 1992 (ITC 92).

The purpose of this paper is not to come back on the different aspects and conditions of this regime, exception made of the question pertaining to the legal ground taxpayers may invoke to claim a reimbursement of excess withholding taxes paid to the Treasury. It can indeed happen, for several reasons, that a taxpayer does not claim the application of the exemption, or does not claim it properly, and, thereafter, wishes to file an administrative request for reimbursement.

Unfortunately, the legislator did not take care of providing specific procedure rules applicable to such situations, being reminded that this legislation introduced the notion of ‘partial exemption from payment’ in the ITC 92, notion that was unknown until then and which remains not explicitly covered by the procedure rules to date.

The tax authorities, most probably aware of this loophole, published a circular letter in 2009 in which a solution was proposed to the taxpayers: requests for reimbursements of excess withholding tax payments should be made through ‘protest letters’, to be filed within 5 years after the 1st January of the year during which the withholding tax concerned became due.

Quite surprisingly, the circular letter introduced a new procedure in the Belgian tax legislation (being reminded that tax law may only be adopted by the legislator and that the suggested solution of a protest letter to be filed within the timing proper to another administrative procedure, could raise some questions).

We will not enter into this very complex question that raises technical issues which will only be of interest for tax experts, but two recent decisions (23 April 2018, R.G. 16/2080/A and 9 October 2018, R.G. 2017/AR/827) must be highlighted and seems to indicate that prudence remains crucial in respect of such requests (even though the number of litigations should decrease since the introduction of a mandatory procedure of notification to BELSPO).

Indeed, in the existing unsecured context for taxpayers, a recent trend from the tax authorities substantially increases the level of legal uncertainty. The tax authorities recently begun to challenge the legal ground of the administrative requests filed by taxpayers on the basis of the above cited circular letter by arguing that said circular letter is not applicable or that the requests were late (according to the ITC 92, protest letters should indeed be filed within 6 months after the sending of the assessment notice and not within 5 years, as proposed by the circular letter). In addition to that, the tax authorities also pretend that the taxpayer may not fall back on the procedure rules provided by the ITC 92 in respect of protest letters since they fail to demonstrate an error in fact or in law (that is indeed one of the conditions to which protest letters are subject pursuant to the ITC 92).

Conclusion is that the tax authorities are now invoking positions contrary to their own circular letter to try refusing the reimbursement of excess withholding tax.

The second decision unfortunately evacuates the question and rejects the tax authorities’ arguments by stating that to the extent the taxpayer demonstrates its right to the claimed exemption, it must be concluded that by doing so, he intends rectifying an error in law of in fact. The statement of the Court of Appeal seems to be that, contrarily to the Tribunal in the first case above, the conditions provided by the ITC 92 regarding protest letters do apply, and are met in the present affair.

And now, what should we do with this?

The apparent reluctance of judges to address this question seems perfectly understandable, being underlined the hybrid nature of the partial exemption from payment and the lack of specific and adapted procedure rules in the ITC 92; indeed, we do not think the existing rules provide for adequate answers to the various questions raised when it comes to such administrative requests for reimbursement of withholding tax.

We can, therefore, not agree to the positions taken by the Tribunal and by the Court in the above cited cases and prudence remains, hence, of importance when drafting administrative requests for reimbursements of withholding tax. Invoking the various legal grounds, as provided by tax law or by another legislation, remains crucial. 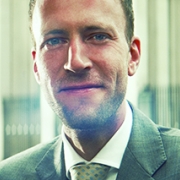 Your registration is currently verified

Congratulations for your registration on uLaw ! Only one step left to validate your account and get access to the uLaw tools. Please log in and complete your missing profile information (administration, career, etc.) which will also define your initial rating. IMPORTANT : uLaw is a fully secured website which, therefore, is not compatible with outdated or unsecured internet browsers (e.g., Safari, Internet Explorer). For an optimal experience, please consider using updated and secured browsers (e.g., Firefox, Google Chrome, etc.).

Please complete the missing information in your profile. You will not be authorized to interact with lawyers before providing said information.