Economic law reform: which consequences since the entry into force of the second chapter?

By Xavier Gillot, on 15/01/2019 21:49 in Home > Toolbox > Multidisciplinary templates & tips > Economic law reform: which consequences since the entry into force of the second chapter?

Belgian corporate and economic laws deserved to be modernized and we may applause the latest initiatives taken these last years in this respect. 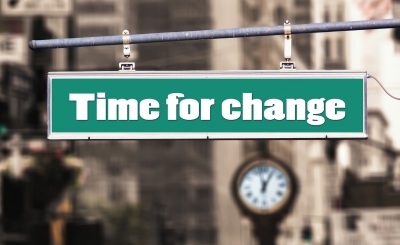 After a first reform of Belgian insolvency law (law of 11 August 2017), a second part was published in 2018 (law of 15 April 2018), anticipating on the last chapter of the reform: the modification of the Belgian company Code.

The second part of the reform was adopted in 2018 and implies important consequences for economic operators having an interest in Belgium. The recent entry into force of this legislation (November 1st, 2018) give us the opportunity to come back on these measures that we tentatively summarize in the following sections.

From merchant to enterprise

De notion of ‘merchants’ (‘commerçants’/’handelaars’), well known by practitioners considering the important legal consequences deriving from this status, disappears in order to be replaced by a most modern concept: the one of ‘enterprise’. The legislator also decided to broaden the notion which now encompasses any individual exercising a professional activity as self-employed worker, any legal entity as well as any organization without legal personality.

Safe the exceptions provided by the law, any individual (self-employed), partnership (silent partnership, etc.) and organization (even non-profit ones) must now be considered as ‘enterprises’ according to the law.

In a nutshell, this leads to the professionalization of these categories, but with which practical consequences?

For the ones that were not yet subject to these obligations, the characterization as ‘enterprise’ leads to a principal joint liability in respect of the debts of the enterprise (except an ad hoc derogation).

Another consequence deriving from this status consists in the different measures proper to bankruptcy situations becoming applicable to those new categories, as for any enterprise qualifying as such within the meaning of the new definition.

Registry with the Crossroad Bank for Enterprises

Belgian enterprises must be registered with the Crossroad Bank for Enterprises; obligation that has now to be fulfilled by the new categories as well.

The logic is alike in terms of accounting obligations: any ‘enterprise’ has to comply with the bookkeeping obligations imposed by Belgian accounting law and to file its annual accounts with the Belgian National Bank (being noted that some enterprises are exempt from this last obligation on the basis of the current wording of the law).

The law intends to introduce some proportionality as small enterprises are exempt from part of these obligations (simplified accounting is allowed).

Of importance to note is also that enterprises are subject to the simplified rules of evidence of enterprise law (by all means of proof, unless stipulated otherwise). Among the consequences deriving from this modification, one may underline the fact that invoices or other documents emanating from the enterprise may now be invoked and used against them.

Competence of the Court of enterprises

The Court (Tribunal) of commerce is replaced by the Court of enterprises which is competent for any dispute between or against enterprises (except if the question is obviously falling outside the economic activities of the enterprise concerned).

The law also organizes a new right of access to justice for the enterprises which are now entitled to act as a party in legal procedures before Courts.

Your registration is currently verified

Congratulations for your registration on uLaw ! Only one step left to validate your account and get access to the uLaw tools. Please log in and complete your missing profile information (administration, career, etc.) which will also define your initial rating. IMPORTANT : uLaw is a fully secured website which, therefore, is not compatible with outdated or unsecured internet browsers (e.g., Safari, Internet Explorer). For an optimal experience, please consider using updated and secured browsers (e.g., Firefox, Google Chrome, etc.).

Please complete the missing information in your profile. You will not be authorized to interact with lawyers before providing said information.